In this study, the electron spectrum effect on the TLD-100 dosimeter response to a 6 MV photon beam in different media like water, aluminum, polystyrene, iron, copper, and lead using Monte Carlo and Burlin cavity theory was evaluated. To calculate and compare the dose to medium to dose to cavity correction factors (f), the electronic equilibrium spectrum produced by the 6 MV photon beam and its maximum electron energy in different media were used. The electronic equilibrium spectra were obtained using Beamdp Monte Carlo Simulation. Using two different methods, the cavity theory was applied to obtain the response of the TLD-100 to 6 MV photon beam in the media considered. In the first method, the average mass collision stopping power ratios and the average mass effective attenuation coefficients were calculated using the electron spectrum of 6 MV. In the second method, these parameters were calculated based on the maximum energy value of 6 MV. The maximum difference between the f values obtained using the two methods was about 10 % for lead, while it was less than 2.5 % for other media. Consequently, the differences between f factors calculated using these two methods were insignificant except for lead. 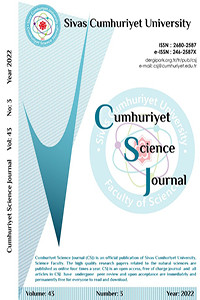