The objective of this study is to reveal the COVID19 characteristics of the countries by using time series clustering. Up to now, various studies have been conducted for similar objectives. But, it has been observed that these studies belong to early time of pandemic and are involved limited number of countries. To analyze the characteristic of COVID19 more, this study has considered 111 countries and time period between the 4th of April 2020 and the 1st of January 2021. Fuzzy K-Medoid (FKM) is preferred as clustering method due to its three abilities: i) FKM enables to determine the similarities and differences between the countries in more detail by utilizing the membership degrees, ii) In FKM, cluster centers are selected among from objects in the data set. Thus, it has the ability of detecting the countries which represent the behavior of all countries, iii) FKM is a robust method against to outliers. Thanks to this ability, FKM prevents that the countries exhibiting abnormal behavior negatively affect to the clustering results. At the results of the analyses, it is observed that 111 countries have three different behaviors in terms of confirmed cases and five different behaviors in terms of deaths. 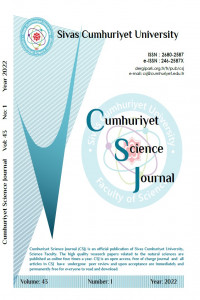